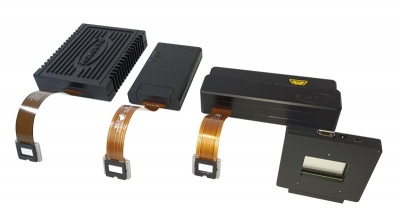 Spatial light modulator (SLM) is a general term describing devices that are used to modulate amplitude, phase, or polarization of light waves in space and time. HOLOEYE´s Spatial Light Modulator systems are based on translucent (LCD) or reflective (LCOS) liquid crystal microdisplays.

HOLOEYEs SLMs are based on vertical aligned nematic (VAN),parallel aligned nematic (PAN) or twisted nematic (TN) microdisplay cells. In a twisted cell, the orientation of the molecules differs by typically 45°/90° between the top and the bottom of the LC cell and is arranged in a helix-like structure in between. In VAN / PAN cells the alignment layers are parallel to each other, so the LC molecules have the same orientation. 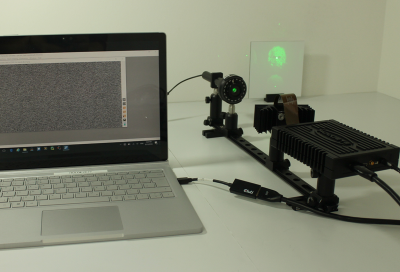 With VAN / PAN displays it is possible to modulate the phase without influence on the polarisation / amplitude (phase only modulation) by using incident polarization along the LC director axis.

The optical function or information to be displayed on HOLOEYE Spatial Light Modulators can be taken directly from an optic design software or an image source and can be transferred by a computer interface. Using DVI/HDMI ports of standard PC graphics cards, the Spatial Light Modulator can be used just like an external plug & play monitor. No additional software or dedicated hardware is needed to operate the SLM. In many cases even no additional optics are necessary. 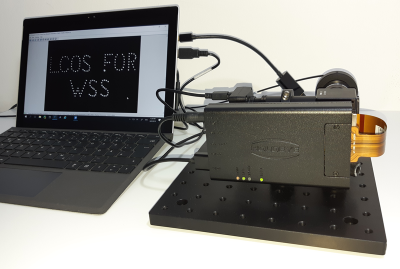 At our “Papers & Reference” section we provide links to publications and papers for many different SLM fields of application.
More…

Download the latest versions of the HOLOEYE SLM Slideshow Player, the Pattern Generator and the SLM Display SDK...
More...