The GAEA-2 Spatial Light Modulator is the highest resolution SLM on the market with extremely small pixel pitch.

HOLOEYE offers different versions of the GAEA phase only spatial light modulator. The different panel versions are optimized for the use at different wavelength ranges. Currently we offer a VIS version (420 – 650 nm), a NIR version (650 – 1100 nm) and a version for the telecommunication waveband around 1550 nm.

The GAEA-2-VIS-036 version can be used between 420nm and 650nm. The display is equipped with an AR coating that gives a front reflection less than 0.5% in this range. The LC cell enables at least 2π phase retardation up to 650nm.

The GAEA-2-NIR-069 version can be used between 650nm and 1100nm. The display is equipped with an AR coating that gives a front reflection less than 0.5% in this range. The LC cell enables at least 2π phase retardation up to 1064nm. 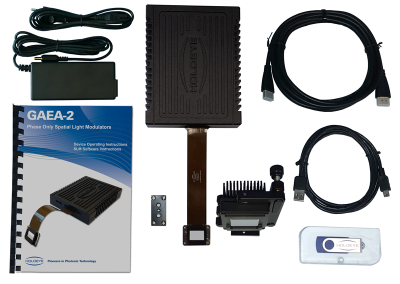 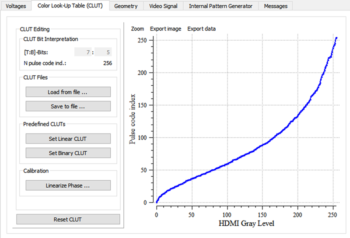 The GAEA 4K phase only modulator devices can simply be addressed like an external monitor using the standard HDMI interface of the graphics card. No additional software or dedicated hardware is needed to operate the SLM.

The device is delivered with a GUI (Graphical User Interface) based Configuration Manger software. The Configuration Manager can be used to change geometrical settings, brightness, contrast and the electrooptical response by applying a new gamma curve or another digital drive scheme. An USB interface is used for these advanced callibrations. 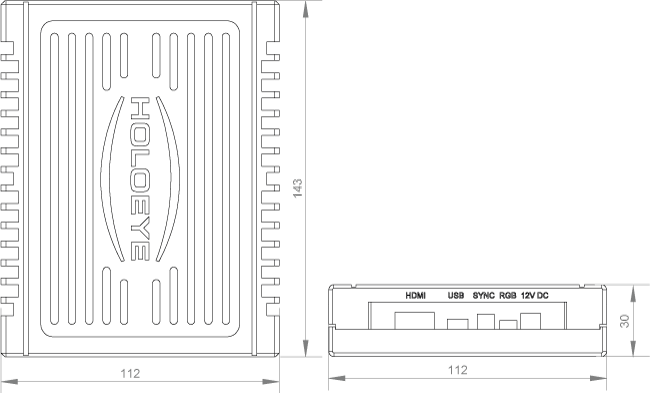