The LETO-3 Spatial Light Modulator is our fast SLM platform with high band width. The SLM is capable of color sequential phase operation.

The LETO-3 phase only Spatial Light Modulator is based on a reflective LCOS microdisplay with full HD (1920 x 1080 pixel ) resolution. With a pixel pitch of 6.4 µm and a small interpixel gap of 0.2 µm the LETO-3 SLM provides a high fill factor of 93%.

The adaptation of the device settings for different operating wavelengths to a linear 2 π phase response can be done by straight forward gamma correction using the supplied Configuration Manager software.

The LETO-3 Spatial Light Modulator offers a reflectivity between 62% up to 75% (dependent on wavelength and version). The device offers diffraction efficiencies of more than 80% (16 level blazed grating) which leads to a total light efficiency of ~ 60%.

The LETO-3 phase only spatial light modulator devices can simply be addressed like an external monitor using the standard HDMI interface of the graphics card. No additional software or special hardware is needed to operate the SLM. 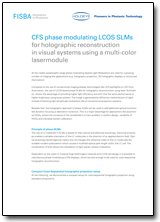 The LETO-3-CFS-0127 SLM version is optimized for fast response times for the use at color field sequential phase applications in the visible range.

The LETO-3 Spatial Light Modulator driver is prepared to work in color-field-sequential (CFS) mode e.g. with color-switchable LASER or LED lighting and the device features an LED-connector which can be used to synchronize the light source with the device.

The driver features 4 slots with preconfigured CFS configurations for different environments which can be slected using the Configuration Manager Software. 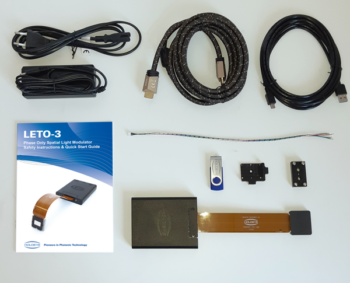 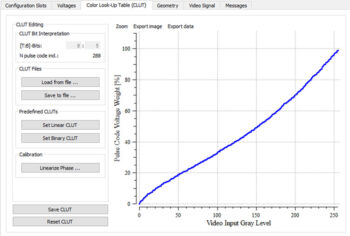 The LETO phase only modulator devices can simply be addressed like an external monitor using the standard HDMI interface of the graphics card. No additional software or dedicated hardware is needed to operate the SLM.

The LCOS SLM device is delivered with a GUI (Graphical User Interface) based Configuration Manger software. The Configuration Manager can be used to change geometrical settings, brightness, contrast and the electrooptical response by applying a new gamma curve or another digital drive scheme. An USB interface is used for these advanced callibrations. 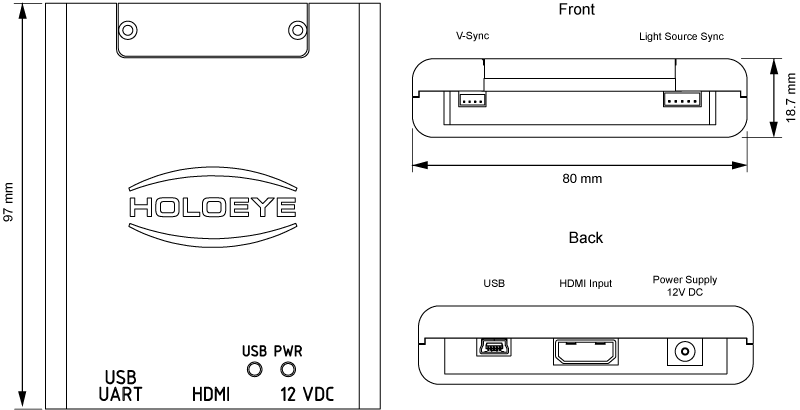